Posted at 15:44h in Health & Nutrition, Spirits by Brenda 0 Comments

The scion of an Indian pharmaceutical giant has spent $40-million to make martinis more liver-friendly. But US regulators aren’t raising their glasses just yet.

As the son of the founder of Granules India, one of the world’s largest manufacturers of off-patent drugs, Harsha Chigurupati saw the damage that pain relievers like acetaminophen can do to the liver.

He watched as scientists at Granules sought to mitigate those effects using additives. In 2002, he left Hyderabad for Boston University and, after a night of drinking, woke up with a headache and an idea. 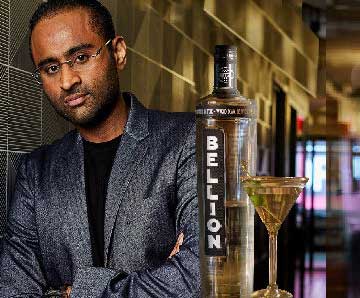 “I don’t believe in abstinence,” says Chigurupati, who, at 33, still looks young enough to get carded.

“What I do believe in is using technology to make life better. I’m not going to stop drinking, so why not make it safer?”

After graduation, Chigurupati spent 12 years and some $40m to create a compound that, he says, helps protect against the liver and DNA damage caused by drinking.

In 2006, he hired six biopharmacologists to comb through the ingredients that the FDA deems safe to consume.

By 2013, they settled on a three-ingredient formula, each approved by the FDA: the licorice root extract, glycyrrhizin, manna sugar and potassium sorbate.

Compared with rats given plain vodka, rats given NTX-infused vodka showed a 40% to 70% reduction of biomarkers known to indicate liver damage, according to studies funded by Chigurupati.

Human trials, also funded by Chigurupati, began in 2013. In a study conducted by a California research team, biomarkers that presage liver damage were 93% lower for human participants who got drunk on NTX-infused vodka versus those who drank plain vodka.

Later that year, Chigurupati joined with Bellion, a Secaucus, NJ-based spirits brand, to infuse its vodka with NTX just after distillation.

Towards a new category of spirits

He hoped to upend the liquor industry with a new category called “functional spirits,” a term he trademarked, and envisioned labels informing the public of NTX’s reputed health benefits.

The agency that regulates such claims is the US Alcohol and Tobacco Tax and Trade Bureau, or TTB.

Chigurupati assumed that TTB approval for his health claims would not come easily. But he set up a meeting anyway and walked in armed with his own research and more than 100 independent studies and articles by researchers from around the world showing that the key ingredients in NTX mitigated liver damage and oxidative stress.

He was hopeful that the agency would give the green light to a health-claim label for his high-tech vodka.

The TTB rejected his petition citing, among other things, the concern that Americans might confuse NTX with Naltrexone, a medication commonly used to manage alcohol and opioid addiction.

Jonathan Emord, a lawyer Chigurupati hired in 2014, petitioned the TTB, and the agency eventually allowed Bellion to put a rubber ring stating “Made with NTX” around each bottle. But Bellion was forbidden to say what NTX is or purports to do.

In 2016, he hired Sid Stohs, a toxicologist and former dean of the School of Pharmacy and Health Professions at Creighton University, to conduct more research and help prepare the next petition to the TTB, this time for labels with up to eight health claims.

This May, the TTB rejected Chigurupati again.

According to the agency, “the proposed labelling and advertising statements create a misleading impression that consumption of alcohol beverages infused with NTX will protect consumers from certain serious health risks associated with both moderate and heavy levels of alcohol consumption.”

Claiming that NTX “reduces the risk of alcohol-induced liver diseases,” for instance, could distract consumers from the health risks NTX doesn’t protect against (addiction, birth defects) and also from the fact that drinking NTX-infused vodka still raises one’s risk for liver diseases, even if less so than its unadulterated counterparts.

Stohs says that the science is sound but that no amount of studies would sway the TTB. Its 47-page response to Bellion and Chigurupati is available online.

Liver experts have other concerns. Ramon Bataller, a professor at the University of Pittsburgh and a liver physician with the American Association for the Study of Liver Diseases, says that the science behind NTX is promising, but he worries about the diuretic effects of mannitol, which is given to people with brain edema in a coma to reduce intracranial pressure.

Other hepatologists reiterate some of the TTB’s concerns: that the data is still preliminary and doesn’t address long-term effects.

Emord, Chigurupati’s lawyer, says that because NTX is an additive, not a drug, with scientific studies showing its protective benefits, his client has a First Amendment right to make health claims on his bottles, and he may soon have his day in court.

Neither liver experts nor the TTB claim that NTX-infused vodka is less healthy to drink than traditional booze, and Bellion is currently available in 11 states at both bars and restaurants, with a larger rollout planned for 2018.

Chigurupati, meanwhile, is working with Bellion to create NTX-infused tequila, gin and bourbon, which he hopes to release next year as well.

With or without the TTB’s explicit approval, Chigurupati plans to continue his quest to make alcohol safer and laments the lack of progress so far.

“How is it,” he asks, “that despite centuries of technological advancements, alcohol has the same safety profile that it did before the lightbulb was discovered?”

One possible reason: An effort that spanned more than a decade and cost tens of million of dollars has left regulators unconvinced.

So, how does it taste?

Forbes journalist, Jeanne O’Brien Coffey, reports: “Bellion has no nose and no colour—a must-have in vodka. I tasted Bellion both straight and with ice, which lets the water dilute the vodka and opens up the flavours a bit.

“The taste starts crisp and clean and then eases into a very long finish redolent of licorice, a result of the extract of licorice root in the NTX (and in the US vodkas are permitted to have some ingredients that add a subtle flavour).

“That licorice lends Bellion a sweet edge but nowhere near the sugar bombs of ‘flavoured’ vodka. That makes Bellion well-suited for mixing an evening cocktail that doesn’t need to be sweet or if you prefer, nicely supportive of a sweeter cocktail.

“Bellion comes well-packaged, in an attractive tall bottle embellished with rubber trim, so it looks the part of a premium vodka you’d feel comfortable pulling out among friends.”

It retails for around $30 per bottle.